Today the littles and I went to their class at the Go Fish Education Center and learned a lot about the weather.  One of the things they made there was a “foldable” with four different categories–they wrote the pertinent information for each one on the inside.

When discussing thunderstorms, the teacher shared about things we can do to be safe in the midst of one.  Things like don’t stay in the pool or in a boat, get inside, and…..

unplug important things around the house.

Then the young woman teaching the class shared that we probably don’t do that as much as we used to, what with having surge protectors and all.

But it was too late.  That image, all those memories, they came flooding back, quick and hard.  The unplugging when we first heard the thunder…..yep.  Praying we’d caught it in time and not lost the TV…..or the phone…..or, in later years, the computer or the VCR.

When we got home, the littles questioned me about this.  “Do we not care if our things get struck by lightning?  Is that why we don’t unplug our things?”

At least I hope they’ll do the job.

When I was growing up, as soon as we heard the first rumble of thunder, we all scrambled like we were on a top secret mission pertinent to national security.  Some grabbed the laundry basket and clothespin bucket and ran out to get the clothes in off the line–fingers crossed they were dry.  Others ran around unplugging things.  I can remember many a time being in the middle of a TV show and having to turn it off and unplug the TV until the storm passed.  This was in the day way back before we ever dreamed of DVR’s and the like.  So we were…..out of luck.  Until rerun season at least.  No Netflix to catch up on what we’d missed either.  But that’s another story for another night.

As I was remembering all of this, I think the fact that this has become something of the past is indicative of where we are in general.  Growing up, we respected storms.  We gave them the space to do what they had to do while trying our best to protect ourselves. I don’t necessarily mean that we are foolish now when it comes to storms, but we seem to push the limits and push past them.  Used to be if the weather was stormy we didn’t get out much.  Now we keep on keepin’ on, and just drive right through it, with our wipers blazing.  Rarely do we unplug in the face of a storm anymore.  We usually continue on as usual, barely giving the storm much notice.  At least until it wreaks serious havoc.  And then we surely do notice, don’t we?

Sometimes I think we miss a chance to refuel and regroup when a storm is approaching.  We are becoming an intense, “WE GOT THIS” “NEVER SAY DIE” sort of people, and so storm shmorm, no problem, CARRY ON, PEOPLE, DON’T LET IT GET YOU DOWN.

Until it’s too late, and the damage is done.

Maybe when the storms of life are approaching, it would be good to unplug for a little while.  To sit and be still and do all we can to protect ourselves.  Not all storms give a heads up, that’s true.  But for the ones that do, what would it be like if we circled the wagons, held each other close, and held on to something that gives us comfort?  (That was another suggestion of things to do in preparing for a major weather event.)

What would that do for our souls?

Take care of you.  We don’t want to lose you to the storm. 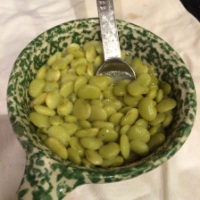 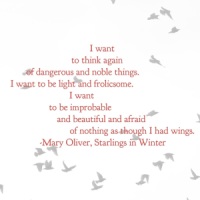