Do you know what a “meme” is?  According to Wikipedia (a great resource, right, I know), “a meme acts as a unit for carrying cultural ideas, symbols, or practices that can be transmitted from one mind to another through writing, speech, gestures, rituals, or other imitable phenomena.”

Yeah, okay, now that I’ve cleared that up, the “What I do” one really cracks me up, especially this one about homeschooling. 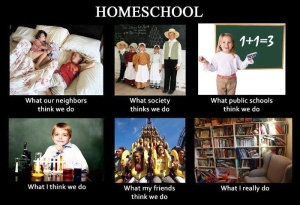 Hi, I’m a homeschool Mama, and only one, well okay, two of these may be accurate. Don’t ask me which ones.

We have an example of the “What I do,” or rather “What I see” meme going on around here.  I was watching my middle one riding her bike up and down our dead-end street the other day.  She was so happy and free riding along.  It’s one of her favorite things to do.  She was so proud the day she learned to ride her bike on  her own.

Only it’s not her bike.  Exactly.

This is my daughters’ bike. 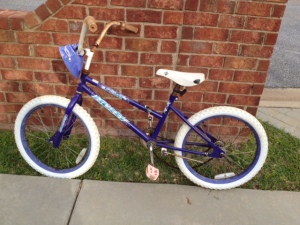 My daughters’ bike–about twelve years old. Many a happy mile has been ridden with this one.

That was not a typo.  It belongs to both my daughters.  It was my oldest daughter’s bike, a gift about twelve years ago, from my great aunt.  She was like a grandmother to me, and she delighted in getting this bike for my girl for her birthday.  I can remember how happy Aub was riding it.  Mama and Daddy would load Aub and the bike up and go down to see my aunt, letting her walk along while my oldest rode it on her paved driveway.

Fast forward about ten years.  Daddy knew that our Princess had outgrown her little bike with the training wheels.  He remembered he had kept this bike out in his building all those years, and he told me he thought it was time.  It was bittersweet as he was the one to teach Aub to ride how to ride without training wheels all those years ago…..on this bicycle.  The lymphoma had taken away his ability to teach this granddaughter, but not his desire to have her learn.  So we got the bicycle out, brushed the dust off, and brought it home.  And that was the beginning of the shared love of this bicycle.

I did have good intentions.  Those rusty handlebars?  I planned to paint them.  The hand grips?  They could be easily replaced, as could the seat with a chunk taken out of it.  (Ouch.  I do NOT remember how that one happened.)  I even had plans to replace the pedals.  But in truth, with the chaos of our lives the past two years, those things never happened.  In fact, all we have replaced is the tires.  Out of necessity.  (Dry rot–vicious stuff that.)

As I watched our little butterfly fly up and down the street on her bike, I thought about her bike and the fact that she LOVES it.  The rust and oldness of it do not bother her at all.  In fact, I think this is how she sees it. 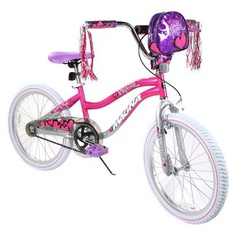 How our butterfly sees her bike

Of course, as I look around at our plethora of “interesting” things in the yard, on the porch, and so forth, I am afraid that this might be how some folks around here see her bike. 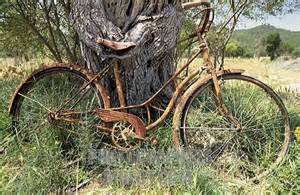 How I’m afraid the neighbors see the bike

But not this girl.  Oh, how I love her vision!  We say she’s our sunshine, only sometimes we have to wear sunglasses.  Things like a little rust or old pedals don’t slow her down.

Tonight I am thankful for this child who dresses herself in what we would call mismatched colors and patterns but still looks beautiful, who sings and dances and asks us to sit for her performances, and who giggles when we ask for autographs.  I love how she sees this world.  I adore that the bike she is riding is made all the more precious to her because it belonged to her sister. This child who loves animals and cannot stand to see anyone have their feelings hurt, this child of mine will have her own hard time of it in this world.  But this I know, her sentimental heart and sweet smile and special way of seeing things has shed light into many a dark day, and I am thankful that she is just who she is.

And one more, just for fun–how SHE sees herself on her bike: 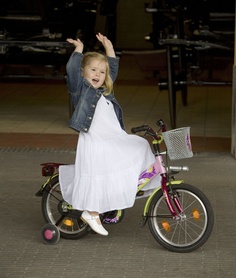 This is a real princess, not OURS. Princess Amalia, Dutch heir, riding HER bicycle. But I am sure our girl sees herself as a princess riding her beautiful bicycle.

3 thoughts on “What She Sees” 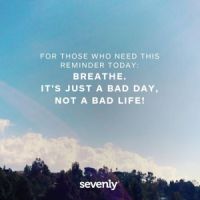 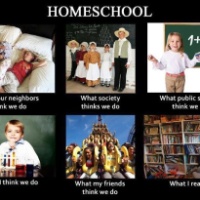 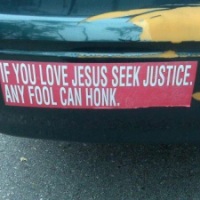 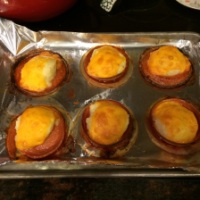 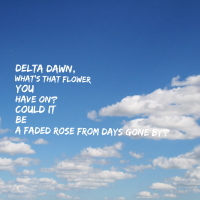 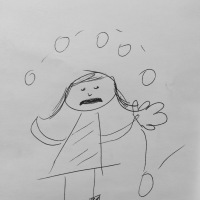