It just might be the bane of my existence.  Yes, I know I thought that was socks, but socks at least give me somewhat of a reprieve in the summer.

Minecraft is ALWAYS around.

And when it’s not being played, it’s being talked about, or books are being read that pertain to it, or we’re asking to watch videos about what others have built with it.

It’s as pervasive as kudzu in the south.  Maybe more so.  And that’s saying something.

For those of you who don’t know what it is…..can I come live with you?

Okay, just kidding, but no really.

Minecraft is a game you can play on any number of electronic devices where you build things.  You can build whole worlds of places and things and whatnot.  You can play creative or survival mode, but I’m warning you, have the tissues ready if your little person plays survival.  Cooter may or may not have cried on more than one occasion when he lost his life in survival mode and had to start. ALL. OVER. AGAIN.

Creative it is then.

You can also join up worlds with people close by when you are on wi-fi which lets you connect to the internet.  Cooter and his sister like to play a lot together, and they play with Shaker when they are with him.  There has been a lot of making up of the rules as we go along with this whole “joining” deal.  “Don’t tear down someone else’s house. That’s not kind.”  “Did you steal her diamond pickaxe? Give it back.”  “If someone took something from that chest over there, they’d better put it back or I’m shutting down the whole game.”

They really enjoy playing it though, and for the most part, it offers them opportunities to be creative and to learn about working together.

Both of which I’m completely good with.

Recently though they were with some children who were acquaintances.  They’d had problems with interactions with them before (you know, just getting to know each other), but this time they all had devices and they were all playing Minecraft, and they joined worlds, yippee, awesome, until it so was NOT.

Because apparently some folks think that’s fun to do, and they don’t have the same “joining” rules that we do.

When Cooter and our Princess came to me later on, complaining about all that had been lost, I pretty much shrugged and gave them the ol’ “nothing I can do about it” stare.  Actually it might have been more the “I don’t want to hear it” stare, but they are so similar, it’s hard to tell.

The thing is, and what I asked them was, Why would you let someone in your world who has already shown themselves to be hurtful and destructive?

And yes, I did point out to them that this was more of a universal lesson not solely belonging to the arena of Minecraft.  So we talked about that too.

I love my children.  I love it when they share with me.  They tell me about their silly, wild, wacky, scary, funny dreams.  They share about a book they are reading.  They talk about what they want to be when they grow up.  Or how long they think it will take them to build a robot.  How old they have to be before they can watch “Jurassic Park” or how many more days until the new Star Wars movie comes out.  I love every bit of it.

But #truestory, when they start talking about Minecraft, I zone out.

I realize that doesn’t exactly make me Mother of the Year, but it’s all about surviving a lot of days around here, so I get creative and multi-task and let my mind wander when they talk about that game.

But just as in the game, we shouldn’t be letting folks who are not kind or respectful or compassionate into our world.  They can be destructive and when they take their device home and go back to their own world, we’re the ones left with a mess.  A world to rebuild and the sadness of all that is gone.

And that’s not okay.

Stand up for your world, y’all.  Don’t let those kind of folks “join” your world.

Wishing you a day of building up and all the diamond pickaxes* and iron ore your heart desires.

*just kidding, I don’t know if that’s really a thing.  Because, you know, I don’t really listen.

7 thoughts on “Be Careful Whom You Let Join Your World” 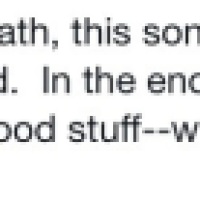