Today was one of those homeschooling days that puts a smile on the teacher’s face and a song in her heart.  Oh we had some hurdles, sure.  Today’s hurdles were brought you by Long Division and Regrouping.

But we triumphed through sheer determination and doing umpteen problems until our grasp was a little stronger.  We read about Galileo and watched a movie about him–one that had me in tears at the end.  Bless him.  What we people do to each other…..but that’s a story for another day.  We studied Leonardo DaVinci’s “St. John the Baptist,” and read John’s story from the Good Book.  We also read the story about when John’s father was told he was going to be a father, because I really love that one.  We ended our day by reading a poem by Emily Dickinson.  It’s just too good not to share.

I started Early – Took my Dog –

And visited the Sea –

The Mermaids in the Basement

Came out to look at me –

And Frigates – in the Upper Floor

Presuming Me to be a Mouse –

Aground – opon the Sands –

But no Man moved Me – till the Tide

Went past my simple Shoe –

And past my Apron – and my Belt

And past my Boddice – too –

And made as He would eat me up –

As wholly as a Dew

And He – He followed – close behind –

I felt His Silver Heel

Opon my Ancle – Then My Shoes

Would overflow with Pearl –

Until We met the Solid Town –

No One He seemed to know –

And bowing – with a Mighty look –

Isn’t that lovely?  We read it through twice and talked about the images, and I introduced my children to that which I love so much–anthropomorphism.  We talked about the image of the Tide as a person following her.  Our Princess loved the mermaids and Cooter loved the frigates.  And I loved it for so many reasons, not the least of which is that Emily Dickinson is my very favorite poet.

A couple of thoughts occurred to me as the day eased its way into night (seems so much less harsh now that it gets lighter later, all frustrations with the time change aside).

First, Emily Dickinson was something of a recluse.  She never went to the sea.  Yet her imagination was so vivid that she was able to travel there in her mind and take us with her.  It is so beautiful, this picture she paints with her words.  I can smell the salt in the air and feel the wind on my cheeks.  I hope that I can encourage and plant the seeds for that kind of imagination to grow in the minds of my own littles.

Second, I really do appreciate the imagery of the tide as he follows and threatens to overtake her.  He has her on the run as he rises higher and higher, about to eat her up.  As she moves to get away, he follows until they meet “the solid town.”  Familiar ground for Emily Dickinson.

Fear is like that, isn’t it?  When I am in unfamiliar surroundings, a new place or situation, it is easy to be frightened and feel overwhelmed…..and perceive nearly everything as a threat.  And yet, once I reach my comfort zone once again, I realize, upon reflection, that it really wasn’t something to be all that afraid of after all.  I made it.  I survived.

Tonight I’m thankful (again/still) for the opportunity to learn alongside my littles and watch their minds absorb, grasp, wrestle, learn, and formulate new thoughts.  I love that they are interested in so many different things that sometimes my mind spins.  I beam with joy when one or the other or both tell me about something they already know, something I was about to teach them.  They have so many wonderful folks sharing stories and wisdom with them.  I shouldn’t be surprised that when I mentioned John the Baptist, they piped up with, “He ate bugs!” or that when Galileo’s name came up, our Princess shared that he was the one who proved that things of different weights travel at the same speed when dropped.  I shouldn’t be surprised, but I am, and pleasantly and thankfully so.  We have our “off” days, our “hard” days, so when a day like today comes along, I want to shout my gratitude from the rooftops.  (Where we could also do some birdwatching so it could count for school, along with all the hollering.)

I’d love to hear what this poem says to you.

Wishing you all a delightful imagination and the ability to get back to your comfort zone and realize what had you running wasn’t quite as scary as you thought.

1 thought on “On Imagination and Familiar Ground–The One with Galileo, DaVinci, John the Baptist, and Emily Dickinson” 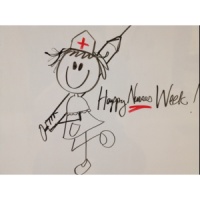 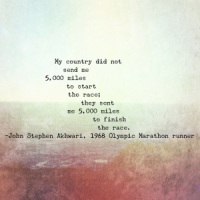