In September 2011 I heard a name I’d not heard before.  I heard it on the radio, saw it on Facebook.

This young man only three weeks older than I am was convicted for the August 19, 1989 murder of Mark MacPhail, a police officer in Savannah, Georgia.  His execution was scheduled for September 21.  That day my heart was very heavy.  He had been denied clemency, but his execution did not happen at 7 p.m. as scheduled.  The Supreme Court was reviewing his case.

I sat on the edge of the bed in my dimly lit room.  My children were all asleep, the youngest piled in next to me.  The Fella was out of town for work and had been for quite some time.  I was alone, fervently praying for someone to save this man’s life, all the while fearing the worst.

In that moment, I realized that I did not, if I ever had before, have the stomach for capital punishment.

See, life and how very precious it is had just been impressed upon me greater than ever before.

My Daddy, my very much-loved Daddy, had just been admitted to Hospice only a few days earlier.

Life was precious.  And dwindling.

And in the quiet of the night, I begged God to step in, for someone to save a life that did not have to be ended.  Not like my Daddy’s.  His body had already given him a death sentence and clemency had been denied.

But for Troy Davis?  It could have been very different.

Only it was not to be.

The Supreme Court came back and denied a stay of execution.  And at 10:53 p.m. on September 21, 2011, Troy Davis was given a lethal injection.  Fifteen minutes later he was pronounced dead.

I can hardly type it without feeling sick.

I am here to simply say, all lives matter.

If one says he or she is pro-life, doesn’t that mean pro-all life?

Earlier this past week, my sister-in-love shared the story of Kelly Gissendaner, who was scheduled to be executed on this past Wednesday night at 7 p.m. here in Georgia.  Kelly was convicted of plotting the murder of her husband.  The man who actually killed him is serving 25 years and will be up for parole in a few years.  I felt sick when I read the story my SIL shared for two reasons–the fact that I live here and this was the first I had heard of the story, and the fact that it was, once again, the willing ending of a life that didn’t have to be.

All that day my heart was heavy.  When the word came that the execution had been rescheduled for Monday, March 2, at 7 p.m. because of the inclement weather, I gave thanks.  I’ve never been so happy about snow in my life.

I’ve been piecing together Kelly’s story.  It is a heartbreaking and inspiring one, one of second chances and redemption.

I’m not going to talk about the certificate she earned while incarcerated.  You can read about that here.

I’m not going to talk about the women whose lives she touched and changed because of who she has become.  Her sisterfriends (and they call themselves that–oh my heart) do that so beautifully here.

I’m not going to share her words with you right now.  I hope you’ll watch this video and hear them for yourselves.

I’m not even going to talk about how unfair I think it is that the man who actually murdered Kelly’s husband, Doug, will be out of prison in 8 years because he took the plea deal first and testified against Kelly.  You can read about that here and find a link to copies of her request for clemency.

What I am going to say is that life is precious.  I know this.  For. A. Fact.  Like so many of us, I’ve had the lives of those I love taken away by disease and I. Am. Still. Heartbroken.   Because of that, I cannot be okay with inviting death in and ending a life like this.

I was conversing with my wise writer friend, Lisa at My So Called Glamorous Life, about Kelly. Lisa lives out of state, and she shared this with me today:

“I had not heard of this case before I heard a radio dj mocking the prisoner because of her last meal order. I think that’s indicative of how people dismiss the value of a life.”

So tonight, as I stay up very late to finish this because time is of the essence, I’m not asking for anyone to do anything except–

PLEASE DO NOT DISMISS THE VALUE OF A LIFE.

If you read her case, and think she deserves to die, then okay.  If you can be okay with it, then I have to respect that.  I hope you can respect that I cannot.

But if you read her case, and your heart cries out for things to be different, here are a couple of places you can go.  There is a Facebook page I just found that has a list of suggestions for helping here.  If you are a member of the clergy or know someone who is, you can sign this petition here.  (Out of state clergy are also encouraged to sign.)  At this point, it is my understanding that Governor Deal is the one who can step in and stop the execution.  I have emailed him twice, only to get no response, and I tried calling the number listed “in case of time sensitive matters,” and not only did I not get an answer but there also was no option to leave a message.  Simply no answer at all.  Here is the place to send him messages or call.  The video above also gives more contact information and ways to tag the Governor and the Parole Board if you are active on Social Media.

Thank you for reading this.  I am ashamed I was hesitant to write this at first.  I respect folks’ rights to their own opinions.  I don’t like to get into political rants, which is why I haven’t taken this to Facebook.  But my heart has been heavy about this–this is about life, the life of a woman who is my age.  Whose childhood and past led her to make some really bad choices and do some really, really bad things.  This evening I saw this on Love Wins Ministries‘ Facebook page, and I knew I had to write this.  Now.

Because if I believe in redemption and grace, I have to believe in it for everyone.  And that’s why I’m writing tonight.  Because I do believe in grace.  And love.  And the sanctity of life.  Oh bless it, I know how precious it is.  That is why my thoughts and heavy heart have led me to write what I have the past two nights.

And I decided that I could not go to bed Monday night, whether the execution happens or not, if I didn’t speak up and ask for help.  Help in sending out the message that dismissing the value of a life, any life, is NOT OKAY. 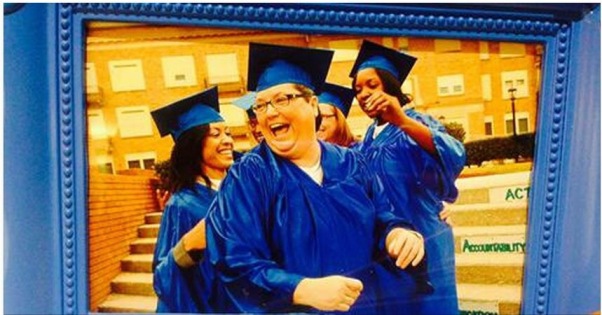 May we all find ourselves filled with the peace that Kelly has found, and may a miracle come and give this story of redemption what it really deserves–grace.