“Mama, how did President Obama get to be President?” Cooter asked me today as I was fixing his lunch.

I explained that the President had to tell everyone his ideas and the people who liked them voted for him.  He got the most votes so he was elected President.

He took a bite of his homemade pizza.  “Wow.  So I could be President?”

“Well, yes, if you decided that’s what you wanted to do and people liked your ideas,” I answered.

“Yes!” He pumped his fist.  “Yes.  That’s what I’m gonna do.  I’m going to be the President and I’ll do a better job than even President Obama.”

I was immediately swept back in time.  I was a year or two older than Cooter I think.  I lay on the carpet at my Great Aunt’s house where I was spending a few days.  I had a big book of facts (wonder where that book got off to?), and one of the facts was all about being President–how old one had to be, the lifelong responsibilities and privileges, and so on.  In the front of the book I wrote out all of the election years from that year to  2004 (it seemed so far away then), calculating when I would be over 35 and could run.  That was the year.  I was so convinced that I was going to be the first female president.  That year.

I even started a story/book about me being President of the USA back then.  United Stuffed Animals.  I lined them all up on my bed and wrote away.

My political career was short-lived.

Only time will tell if Cooter’s will be as well.

He did not mean his comment about being a better President to disparage our current President.  All politics aside, we don’t do that around here.  It’s an office that we respect.  The end.  He just thinks he’d do a fabulous job.

And I’m inclined to agree.  At least he seems to have his priorities straight.  I’m told he did ask for prayers last night in his Bible story class.  One for the safety of his cousin who was heading out of town.  And the other one for more doughnuts on the weekends.

Yep.  He’s got it together.

Well, you know, as together as a seven-year old politician can. 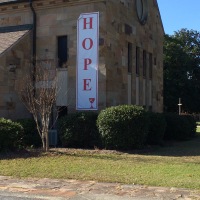 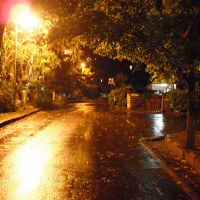