I’ve been teasing him for a few weeks about how, when he was a newborn, I’d tuck him against my side and hold him while he slept.  He looks at me like “yeah, right, ” smiles that precious smile, and goes right back to whatever it was that he was doing.  Which probably had to do with obsessing over Indiana Jones (no, he hasn’t seen them), Harry Potter (those either), or Star Wars (he’s seen episodes 4, 5, and 6 only).

He entered the world two and a half weeks early at 8 pounds, 8 ounces.  Ahem.  Yes, I’m glad he was early.  Very glad.  We had not looked during that part of the sonogram, so we didn’t know to expect a little guy.  The thoughtful doctor let my Fella be the one to announce, “It’s a boy!” with a tear-filled voice.  The same voice he announced our Princess was a girl with.  It didn’t matter to us either way.  We had the names, we were going to be happy boy or girl.  But I’ll let you in on a little secret.

Somehow I just had a feeling.  I can’t point to any one thing, just that things were different this time around.  With our Princess I HATED salads, with Cooter I couldn’t get enough of them.  I know it’s not much, but there were things like that which caused me to think maybe, just maybe this one was a boy.

The Wednesday before he arrived on Saturday I was really uncomfortable, walking rather funny and telling anyone who would listen that yes, I knew I was 37 weeks, but this baby was coming sooner rather than later.  I also had a splitting headache.  The Fella was flying the next day, so after getting Aub off to school, my two-year old Princess and I huddled in the bed most of the day.  I could not, would not go into labor with him way up there in the air somewhere.  Not gonna happen.

And so it didn’t.  I felt some better on Friday.  I think Aub had a school dance (Valentine’s maybe?), so she was out that evening.  I had an egg sandwich because my appetite was a little off.  I remember Daddy telling me and each of my sisters that we would deliver the week we failed to gain weight, because the baby couldn’t grow anymore if we weren’t gaining weight.  And so he was right.  The next morning before six a.m. I woke up with contractions.  Surely not.  I lay there, timing them with the digital clock across the room, glowing red in the darkness.  Six.  Six.  Really?  Wow.  Maybe this was happening.  And then, YES!  Five minutes.  Several times in a row.  I woke up my Fella.  I called the doctor on call, who was not from my practice.  (Shoot.  I was so disappointed.)  He suggested I drink some water, take a Tylenol maybe?, and lay back down.  What.  On.  Earth.  I’d done this a couple of times before, both different, and yet, in the words of Olivia on The Cosby Show–“I KNOW my body!”  I was in labor.  I took his advice for about five minutes, rolling my eyes at the idiocy of it, and I called him back.  “We’re coming in.”

We called my parents, and we got things ready to head out of the door.  My parents made even better time than they did on Christmas mornings.  Before we were completely ready, they were THERE.  I think this was around 7 or so.  Later my up the hill neighbor (our house was literally down a pretty serious vertical drop) told me that she was up early, saw my Daddy’s truck, and said, “Oh we’re having us a baby today!”

Daddy left his truck at our house, and he and Mama drove the two girls back to their house in my Blazer.  They were in the process of replacing their car that had been totaled in an accident.  What timing!  The Fella and I headed up to Macon to the hospital.  It was a beautiful morning for a drive.  Later he told me that he didn’t really think this was it.  But it soon became clear after we parked, walked across the bridge to the maternity ward, and filled out paperwork, that we were having a baby that day.  Very quickly in fact.  For various medical reasons, I was to have a C-section.  (And yes, I did all my research–this was not an easily made decision.  I’d already had one, and I was thankful for it–our Princess was two weeks early, breech, and weighed 8 pounds, 15 ounces–yes, a C-section please, thank you.)  I was in active labor, so the doctor on call insisted that they bring in extra staff on this Saturday morning so he could open up a second surgery room and deliver this baby.  Pronto.

I have to give him credit.  I went in with a preconceived notion, but he was great.  He fought to get me where I needed to be, despite hospital red tape.  He held my hands and helped me focus for the spinal, and he talked with me about Japan and all kinds of everyday things.  He let my Fella tell me that this new addition was a boy, and he was very kind in the end.  I forgave him for his foolishness from early.  He’d had a busy morning.

Before 11 a.m. I was snuggling with a new sweet fella whom I knew would change my world.  I’ve had a little guy in my life before who is now a wonderful big guy, but I’d never had a baby boy before.  Things would never be the same again.  He went from wrapping his fingers around my pinkie, to wrapping my heart around HIS finger.  When my folks brought his sisters to meet him (with their big sister shirts on–my Mama was ever so organized!), everyone oohed and ahhed over him, just as it should be.  Aub got to hold him just as she had her little sister when she was born.  And our Princess looked over at him, held up in her Cap’s arms so she could see, and said, “Oh Mama, dat’s a cute baby, can we keep him?”

That night as I cuddled him, and his Daddy and I watched the bull-riding as had become our Saturday night tradition, I was full to bustin’ with love and warm fuzzies and gratitude.   And I still am.

Today we celebrated and tried to make it a great day for him.  I had a lot to live up to.  He’s been counting down the days since the first of February, and the weeks before then.  Actually I think he asked me Christmas day  how long it was until his birthday.  I started off the morning making him pancakes.  Star Wars pancakes.  They weren’t the most perfect, but he was thrilled nonetheless.  I used “Goober’s Pancakes 57” recipe from my Aunt Bee’s Mayberry Cookbook (the BEST).  All through the breakfast, my littles were talking about what a good cook Goober was because these were the BEST EVER pancakes ever.  Well, okay then.  I’ll take it.  Me and Goober, that is.   Cooter ate two huge pancakes and then half of a plate-sized one.  Oh my stars, he never eats that much in the morning.  We had a field trip planned to see “Charlotte’s Web” at the Grand Opera House, and the Fella surprised them and met us there.  When we were checking in, I thought “why not” and I asked if by any chance we could sit in the box seats.  The very sweet lady in charge not only said yes, but she led us to the box and told us the best seats for the best view.  Bless her.  My littles were thrilled, and the Fella was too.   I have to admit I didn’t mind the limited view at all, as I saw the excitement and faraway, enchanted looks in their eyes.  They have wanted to do this for a LONG time, and it was a dream come true for them.  Or, as Cooter put it, “the best thing ever.”  After we said goodbye to their Daddy, I drove them across town so Aub could see the birthday boy and give him a birthday hug.  He was so happy about seeing her.  “I don’t think I’ve seen her since…..since…..Sunday!” he gushed later.  Our Princess pointed out that was just yesterday, and he said with indignation, “Yes.  I KNOW!”  He wanted a cheeseburger so we had a picnic in the van enroute to allergy shots, and then we headed back home.  The rest of the afternoon was laid back and filled with play and laughter.  This evening we took him out for supper to the place of his choosing.  After we came home and I whipped up the “triple chocolate brownies” he asked for instead of a cake.  (Triple?  I got no idea.  I threw in some dark chocolate chips, and he seemed happy.)  He ate four little chicken sandwiches at supper, and as I sat watching him, I realized he’s not a little boy anymore.  Seven–that’s a boy.  Not little.  A boy.  When did all of this happen?  I wasn’t asleep that long, was I?

He has been both the delight and bane of his sisters’ existence.  He’s been known to be quite the little mischief maker.  He has a quick wit and a smile that shines on forever.  He is a picky eater, my only child without food allergies or aversions.  He tells folks he’s a “fruitatarian.”  Which comes closest to the truth I guess.  He loves music, can remember verses and artists as well or better than I do.  He has his Cap’s knack for knowing what make and model a car is.  And he can dance.  He just can’t help it.  The music plays and he starts moving.  He loves cars.  When he was very little his fascination with cars was the reason Cap gave him the moniker “Cooter,” after the mechanic on “Dukes of Hazzard.”  It stuck.  One of my favorite memories of him with Daddy after Daddy became bedbound–Cooter would drive the little matchbox car around the hospital bed frame.  Around and around and around.  Oh my land, I just knew it must be driving Daddy crazy–it was starting to get to me.  But when I asked, Daddy shook his head and said, “No, he’s not bothering me, let him play.”  And then he proceeded to answer the same questions over and over.  “Cap, which car is faster?”  “Cap, which is your favorite of these cars?”  “Cap, why do like Mustangs?”

Tonight I am thankful for the gift I was given seven years ago.  I am thankful for all he is.  Every single bit of who he is.  I am thankful he knows he is loved and that he loves his family so much.   I love that he still likes to cuddle at bedtime, and that he asks great questions that really challenge me to think.  I love the Legos I find all over the place (okay, not if I step on them), and I treasure finding Matchbox cars on my kitchen counters and in my tote bag or purse.  I love the surprise hugs and kisses he gives, and most of all, I love hearing him say my name.  “Mama.”  This baby who has changed all of our lives so much, who isn’t a baby at all anymore.  Happy Birthday, Cooter!  We love you.

3 thoughts on “The Story of Cooter–A Birthday Tale” 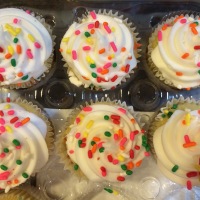