So I saw this video today…..

Hugh Hollowell, who runs Love Wins Ministry in Raleigh, North Carolina, shared it and his thoughts along with it.  You can read what he wrote here.

I’ve had this on my mind a lot today.

I get what this young man is trying to do.  I respect that he has a problem with how A&F feels and what they are doing.  Being outside their desired demographic (I have never been nor will I ever be one of the “cool kids,” and we won’t even talk about their sizing), I don’t like what they are trying to do either.  I really cannot fathom burning clothes.  Especially ones that don’t have rips or broken zippers.  Ahem.  (I mean, I have a Repurposing board on Pinterest, for goodness’ sake–we just don’t throw clothes away.)

I have only been in one of their stores once.  It was dark, and the music was way too loud, and we were stared down as we walked through.  We were there to exchange a gift that was the wrong size.  I left there with a headache and a general lack of being impressed at all.  I won’t ever go back in there.  I don’t need that kind of stress again.

Here’s the deal.  I don’t know why their clothes are “The Thing.”  I don’t get it.  Just like I don’t get why other brands of jeans without the comfort waistband or the ones that ride so low that when I bend over that I could get arrested are considered hip.  But whatever.  It’s his company, he can do as he pleases, as can I.  I vote with my dollar.  I can refuse to give him any of my money.  Which I do.  For many reasons, not the least of which is that his merchandise is way over-priced and they have had questionable labor practices.  (Do NOT get me started on fair trade issues tonight.)

So I guess I get that this young man is protesting.  He is asking us to vote with our actions.  I don’t think he meant any harm.  I just think he picked the wrong action.  Did you notice in the video that the people he is handing the clothes to are not sure of what is going on?  They seem hesitant?  I wonder if he got permission to share their faces all across the internet.  Because here’s the important thing to remember–

If someone videoed me and showed it all over the place without checking with me first, I’d be really ticked off.  It feels like he is using them as props in his video and that really makes me sad.

In the past three years, I have had the opportunity to build relationships with folks, some of whom I call family, who have found themselves homeless at one point or another.  The reasons why vary as much as they themselves.  It is not a situation anyone chooses for him/herself.   And usually it’s not something that happens overnight.  But there it is.  And they have to live with it.  No, wait.  We all have to live with it.

I have learned a lot during these three years.  I have learned, among other things, that handing out “stuff” creates a have/have not relationship–and that’s not a healthy basis for any relationship.  I’m ashamed to say I know this from experience.

The director of the program we volunteer with has taught me a lot, and the stories I’ve heard would curl your hair.  There is one sweet lady who wanders around downtown with a shopping cart loaded down with full suitcases and other items.  One day when I was leaving the hospital from seeing Mama, the lady was trying to cross the street.  She started to push her cart ahead of her and then realized the light had changed.  She tried to stop it, but the cart was so heavy it pulled her into the street a few feet.  The last thing she needs is an A&F sweater to add to her load.   There was another lady who had a chance to stay in a shelter.  She was offered a ride there, but she insisted that she had to go back to the park and get her bags of stuff first.  She wouldn’t hear of anything else.  In doing so, she lost her spot at the shelter.  And the “stuff?”  Turns out much of it was baby or children’s clothing–and she has no children.  For quite a few of our friends in these circumstances, it is difficult for them to let go of things.

I guess some of what troubles me about the video is the nonchalance in his handing out the clothes…..there is no assessing need.  I mean, the man with the guitar on his back?  Did he really seem like he was going to hang on to it beyond the next corner?  It just hit me.  What hurts the most here is that there is NO RELATIONSHIP.  He is walking around handing out A&F clothes to people willy-nilly.  In trying to make a point to the A&F CEO, he’s making a point to the people he’s walking among.  If YOU wear this, it will really upset them.  Because you are not cool, you are not important, you are not good enough–not even good enough for me to do more than pull something out of my stack here and hand over whatever my hand touches to the next person I come across.

It’s based on his message, not the needs of those he’s “reaching out” to.

I heard the story about someone driving through the park tossing sandwiches out of their car at the folks sitting scattered through the park.  People, this breaks my heart.  We are called to feed the hungry, give a drink to the thirsty, clothe those who are in need.  These are active verbs.  As in action.  As in, engaging the other person and assessing.  Are they hungry?  Thirsty?  In need?  THE ONLY WAY to know this is to know the person.  Talk to them.  Build a relationship.  If we just hand out STUFF, we are only meeting one person’s need–our own.

I don’t mean to suggest that donating food and clothes to missions is wrong.  Not at all.  Missions have game plans and procedures for assessing needs and distributing accordingly.  Most of them do this well.  What I am saying is that when we come across people who are different, people without homes, from different faiths, from different cultures, with different beliefs–we need to see that we are one.  All differences aside–One people.  If even one is suffering, we are all suffering.  If one is objectified, we all are.  If one is downtrodden…..well, you get my point.  It’s simply not an us-them.

So if the information shared in the video and the policies of A&F trouble you, think about it.  Consider how your voice can be heard.   And then Act.  That’s important.  But consider, before you act, whom your actions are affecting.   For in the end, we are all one, and what we do to one of us, we are doing to all of us.  And if even one of us is hurt by it…..it’s just not worth it.

3 thoughts on “We Are All One” 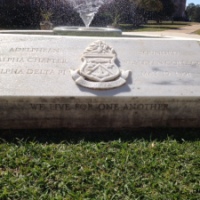 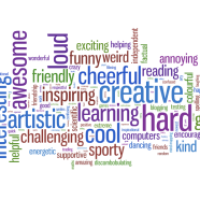