So the Fella has become a no kiddin’, serious about it for real, coon trappin’ guy.

It started with the sightings.  And a neighbor saying that he saw one just amble out of our garage one afternoon when we’d left the door open.

Then the cat food for our outside feline friends started disappearing a little faster.  Some nights we’d hear our cats protesting something that was going on.

It was time.  So the Fella borrowed a trap from friends, and he’s been setting it out on the side of the house on a regular basis.

So far he’s caught four raccoons I think and one possum.

Ah, the joys of living next to the woods.  And yes, I realize we are the ones encroaching on their habitat, so it hurts my heart a little bit.

But only a little bit.

He’s good to them.  He takes them out and rehomes them near the river a few miles down the road.  They will be a lot better off and less likely to find their way into the roads.

So a few nights ago he came in to set his trap.  He uses my old Chobani yogurt dishes (the big ones) with the clear lids.  He’s perfected his technique but doesn’t always use the same bait.  Lately he’s been prone to using apples.  Which is fine.

I saw him with my good paring knife and one of the apples a few nights ago.  At first it didn’t register with me what he was doing, but since he’s not the world’s greatest fan of fresh fruit, it finally hit me to ask him what he was up to.  Just as he was about to cut into the apple, he said, “I’m setting the trap.”

In his hands was one of my hard to come by, precious, lovely, and huge Honeycrisp apples.

The last of my Honeycrisps–it almost gave its life to be coon bait. Nooooo!

Someone recently shared that Honeycrisps were the pumpkin spice lattes of fall for the non-coffee crowd.  That compelled me to go and try them out.  I was a little skeptical.  Really?  An apple that was worthy of such praise?

And that man was gonna use one to try to trap a raccoon?  A critter that would just as easily eat one that was bruised and sitting all but forgotten in the bottom drawer of the Frigidaire?

And that’s what he was quickly given.

All I could think about since the “apple incident” was the old adage–“You can’t make a silk purse out of a sow’s ear.”  No, and you sure shouldn’t be trying to make a sow’s ear (or raccoon bait) out of a silk purse either (or, you know, the BEST.  APPLE.  EVER.) .

I mean, for real.  The preparation and eating of those apples is akin to a sacred thing.  They are truly that good–good job, God!

As for the Fella, I’m keeping him stocked up with acceptable baits.  But I’m starting to worry.  We originally had just the three we knew about to catch.  Last night, when he caught number four, he saw two others scurry off when he came up to the trap.  He thinks they were trying to help bust their friend out.  I’m started to wonder if word is getting out amongst the critters that we are the place to come for a midnight snack–it’s a regular buffet what with the cat food and now the apples.  (And many nights they get the apple out without tripping the trigger, those crafty little boogers.)

Tonight I’m thankful for the Fella, for his getting the job done to make it safer for our cats again.  I’m thankful for his late night and oh-dark-thirty in the morning trips to rehome the little guys and gals.  I know not everyone would go to the extra effort.  And most of all, I’m thankful that there’s still one Honeycrisp apple left in the kitchen for my “bednight” snack with yogurt that I’m about to have when I leave y’all with it tonight.  Yeah, I love that guy, but when it comes to my good apples or the last helping of rice (that’s another story), I just don’t play.

Wishing you all the goodness of fall, in whatever ways that bring you joy. 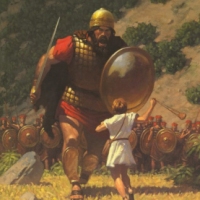 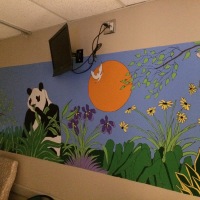