I’ve always been an Anglophile, as far back as I can remember.  It all culminated with a trip to England over spring break my junior year in college.  Most people came back to school with tans.  I came back with a new affinity for hot tea with milk and a tiny bit of an accent.

I loved that accent.

A few years later I auditioned for “The Importance Of Being Earnest” by Oscar Wilde.  I garnered my courage and auditioned with a British accent, or my best attempt at one.  I got the part–I can’t remember which of the young ladies I was cast as, but I was thrilled.  I took home the dialect tape and the script and started working on my part.  I was in my element.

Unfortunately after the first read-through I succumbed to outside pressures and discouragement, and I dropped out.  It was a hard thing to do, but at the time I felt like it was the only thing I could do.

I hadn’t thought about that in ages, until tonight when I was reading and saw this quote from Oscar Wilde.  It caught my eye because it’s from him, and after our bonding all those years ago, I wanted to see what he had to say.

The thing about forgiveness and Mr. Wilde’s approach here is that it’s not always that easy.  People aren’t always friends or enemies.  Sometimes they are somewhere in between, a person you love who betrays your trust, or someone you don’t care for who surprises you with great kindness.  It’s all those shades of gray that make the paths of life so difficult to maneuver.

I don’t know a lot about forgiveness.  I just know it’s a case of learning as I go.  I am trying to let go and not let the pains from the past poison who I am today.  It is not always easy.  The temptation to wallow in the anger and frustration and “been done wrong” thoughts comes to the forefront now and again, and I have to work through it and start over.  Just not as far back on the trail as I was before, thank goodness.

Ahem.  No disrespect intended, Ms. Winfrey, but I don’t think so.

There are some folks whom I have to make a conscious choice every day to forgive.  Some days I’m closer than others, and every now and then I’m actually there–but I will NEVER tell them thank you for the pain and hurt and hits my soul took from the choices they made.  I just don’t think “Thank you” exactly expresses the right sentiment.

And *sigh* neither do the words that could so easily roll off my tongue.

Like I said, it’s a conscious choice I have to make each day.  Sometimes moment by moment.

So I try to find a balance.  Somewhere between gratitude for what happened and shooting looks that could kill or making plans for revenge.  Which I think might look a lot less like what Ms. Winfrey describes and more like what C. Joybell C., an American poet and novelist, describes:

I am thankful for this life’s journey and for a good day at home doing laundry, cleaning bedrooms, teaching the littles, and visiting with folks I love.  I give thanks for my crock pot and for the miracle that dried beans and sides can make a meal.  I am lucky to have friends who have my back but also tell me when I need to straighten it.  But I have enough trouble some days putting one foot in front of the other.  I don’t need any rocks tied to my feet.  I know I have wings, and one day I will soar.  I’m working on it.  If forgiveness will let me fly high above and break free from the chains of sadness and heartbreak, then I’m all for it.

Just as long as I don’t have to send any hearts in those text messages, I have hope I can get there.

2 thoughts on “no hearts in my text messages” 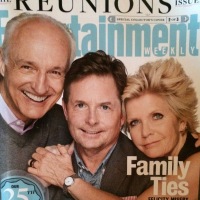